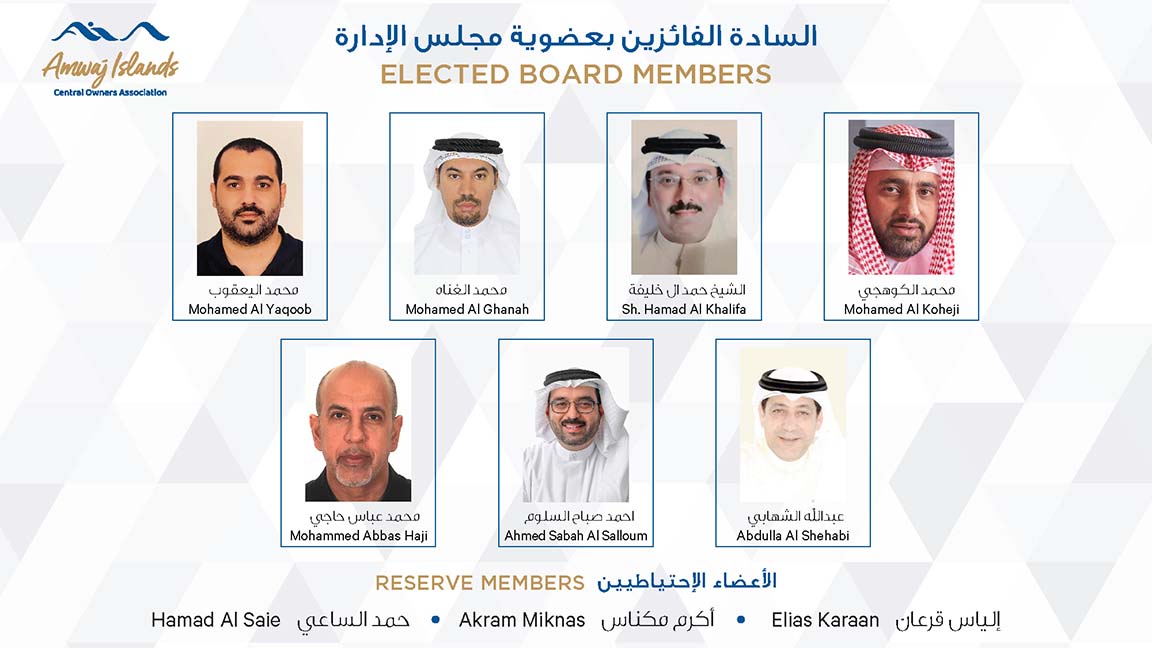 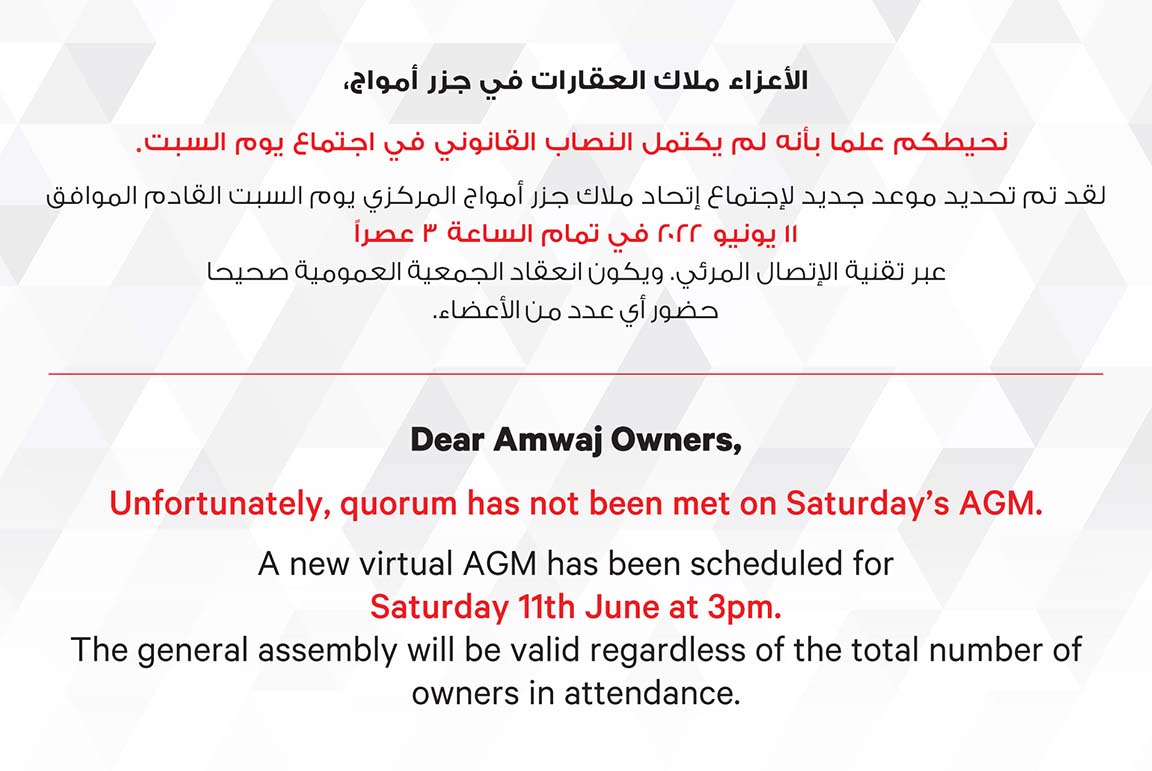 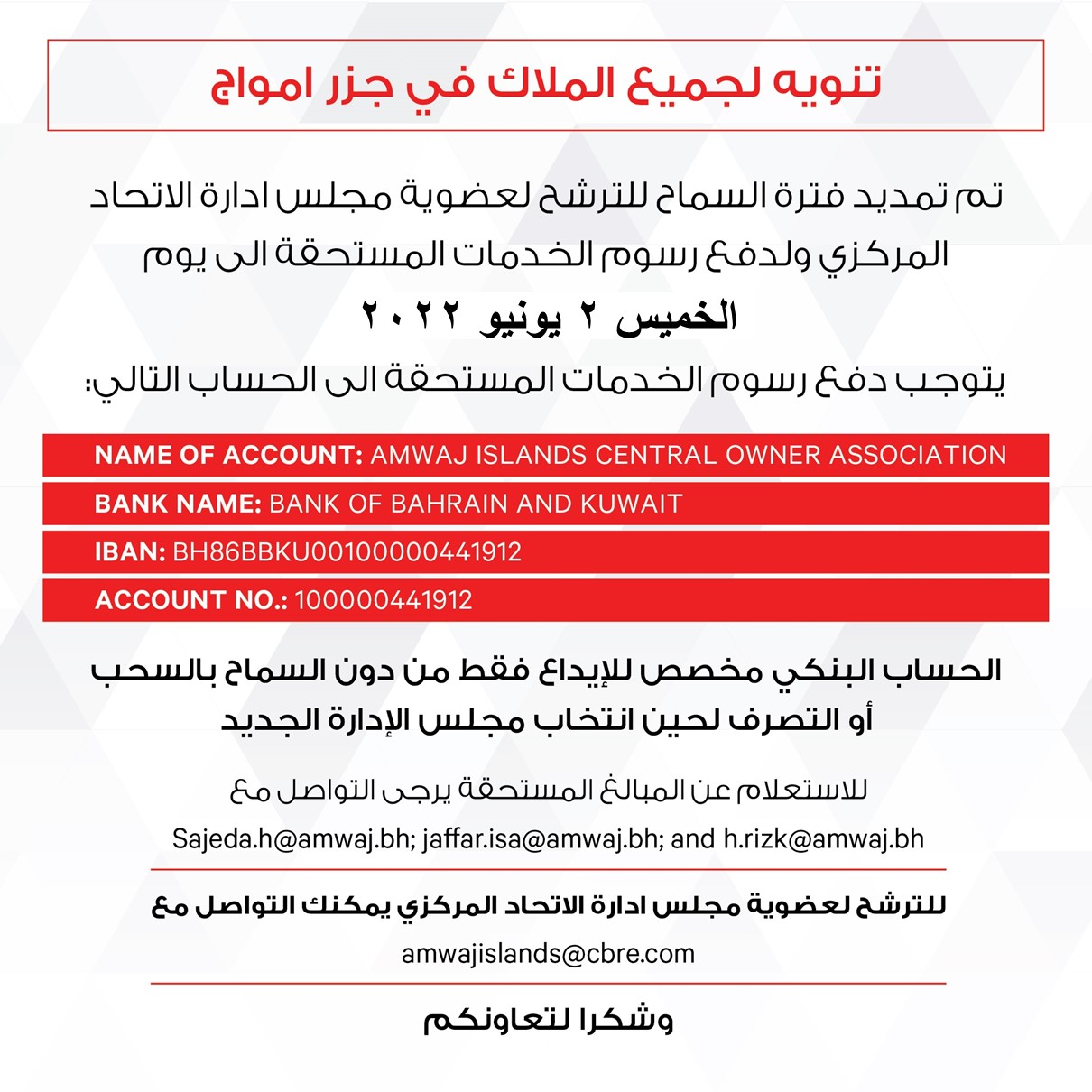 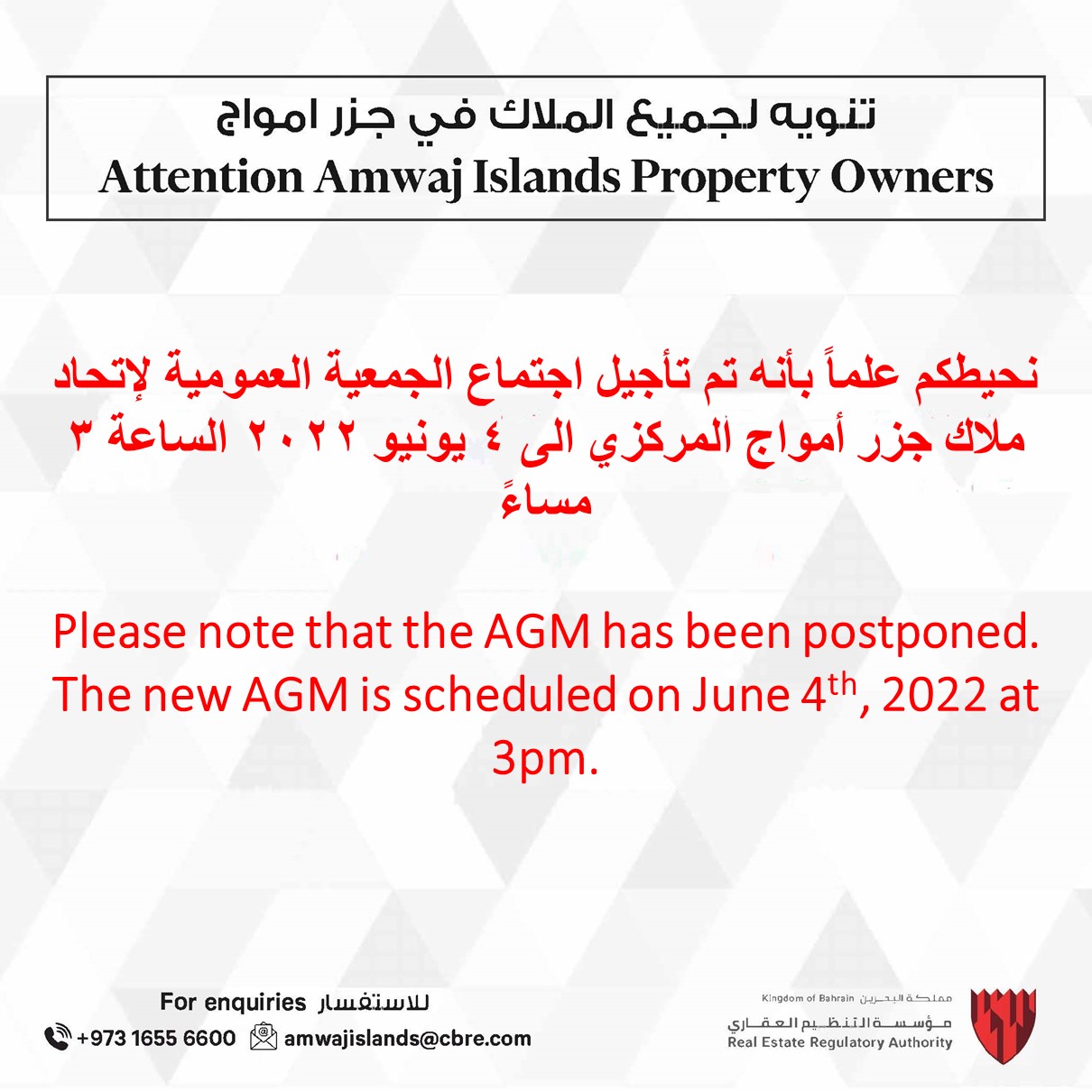 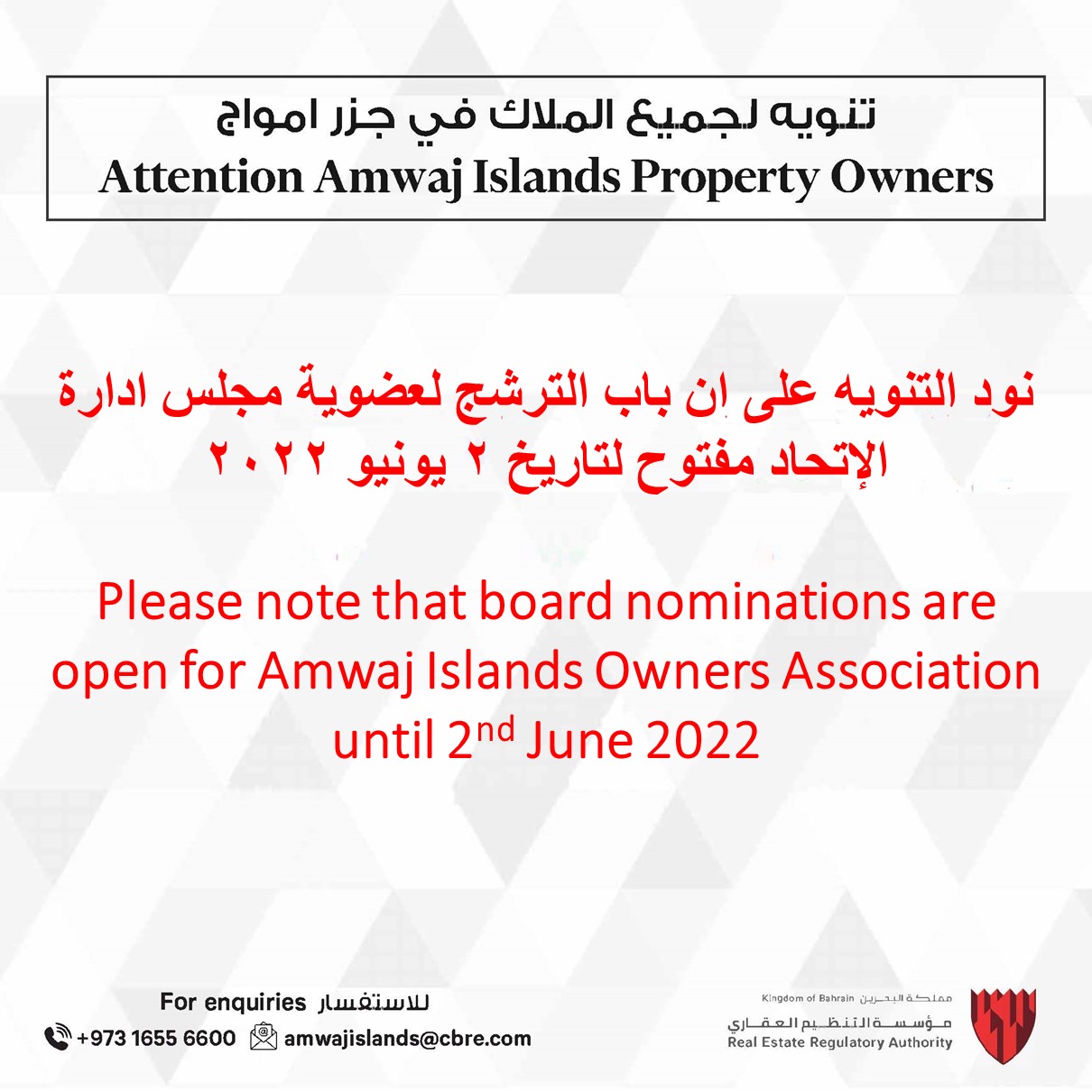 Registration for the AGM 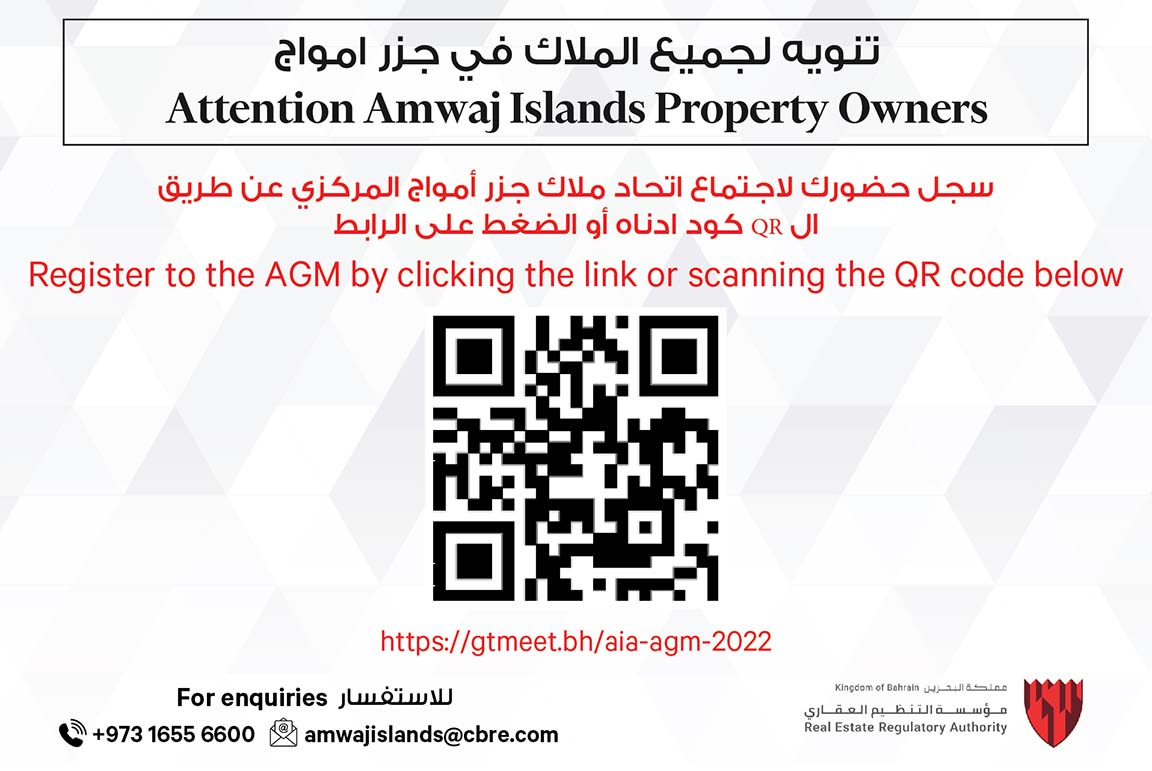 To register for the attendance of the AGM meeting, please use the above QR code or link. 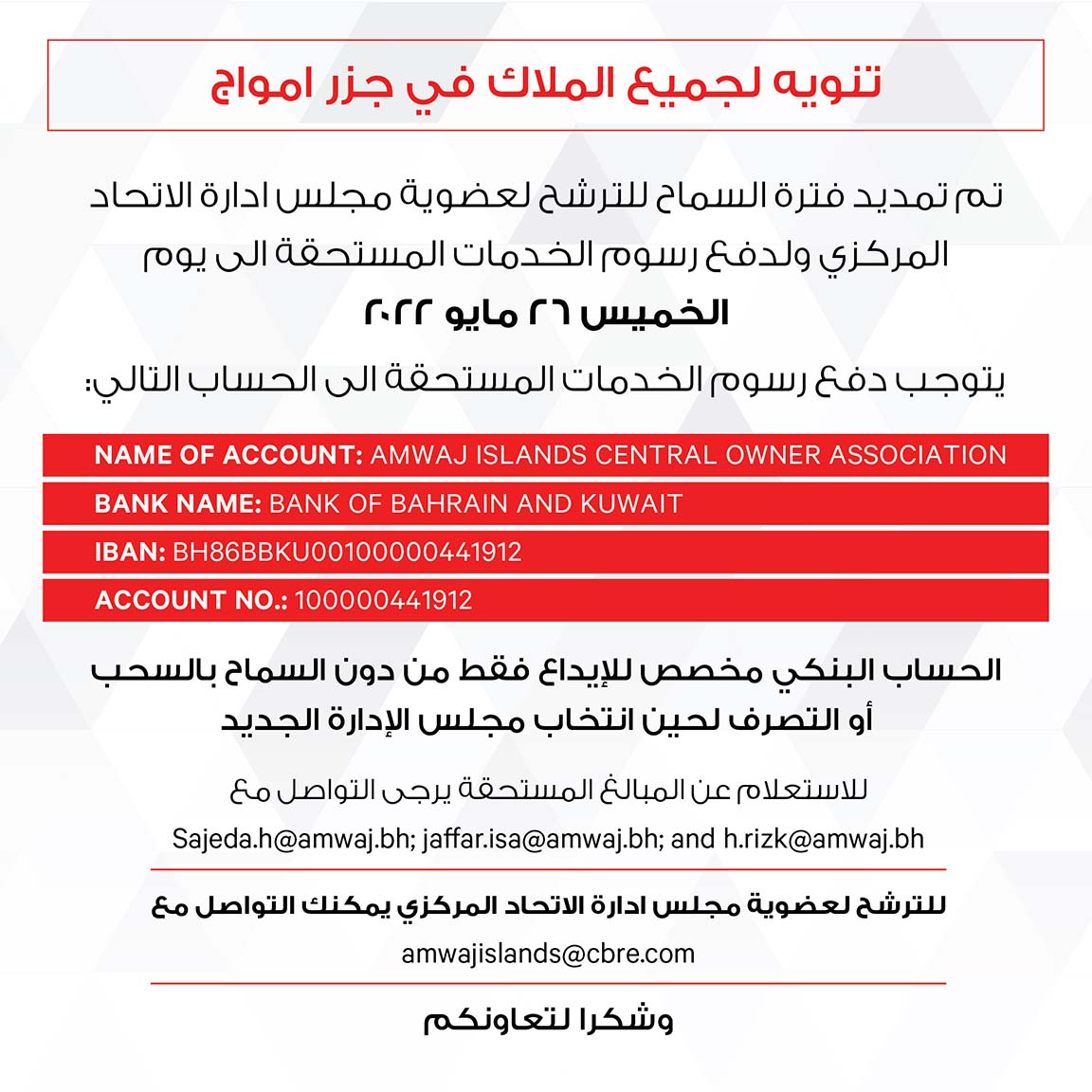 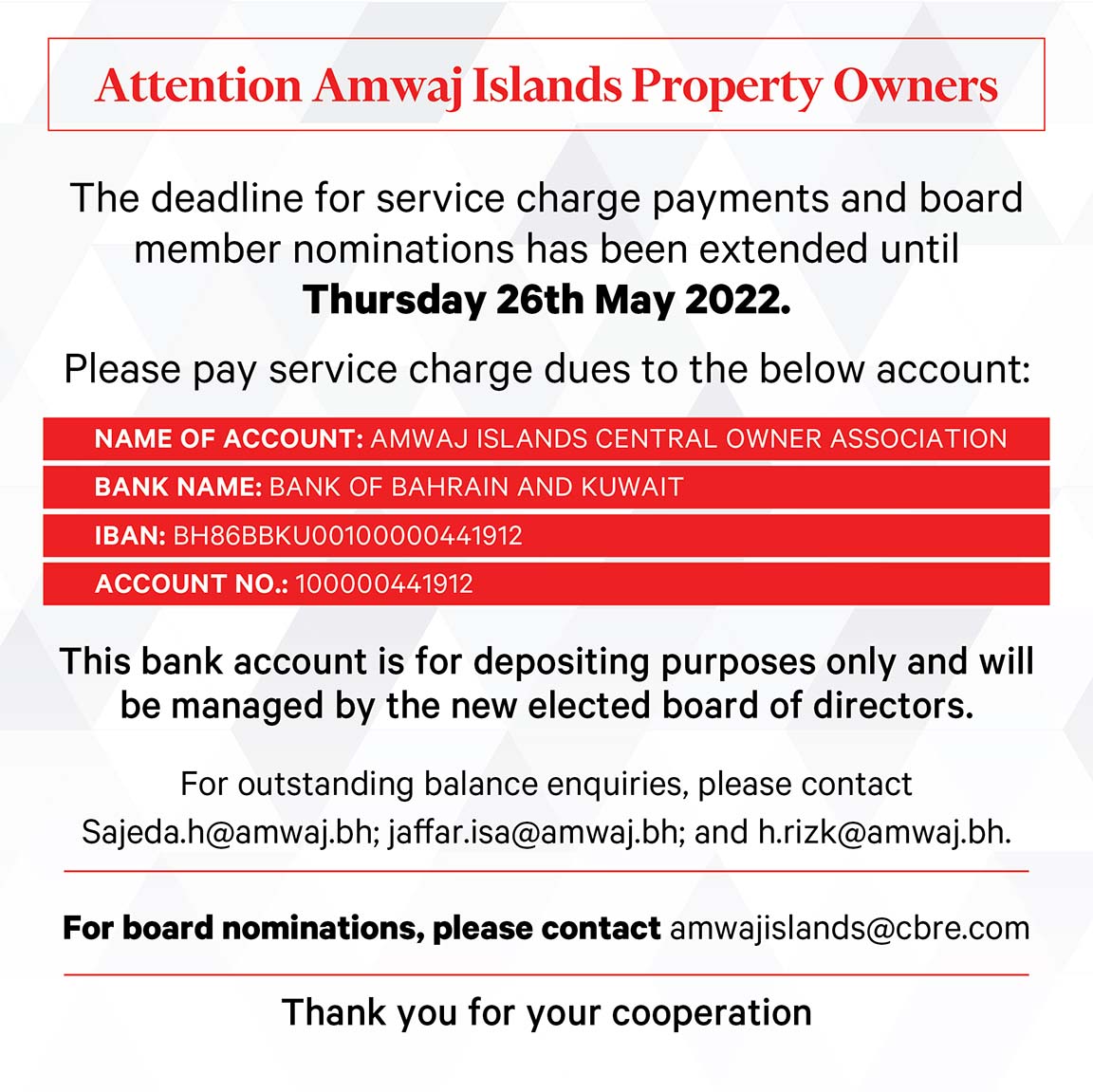 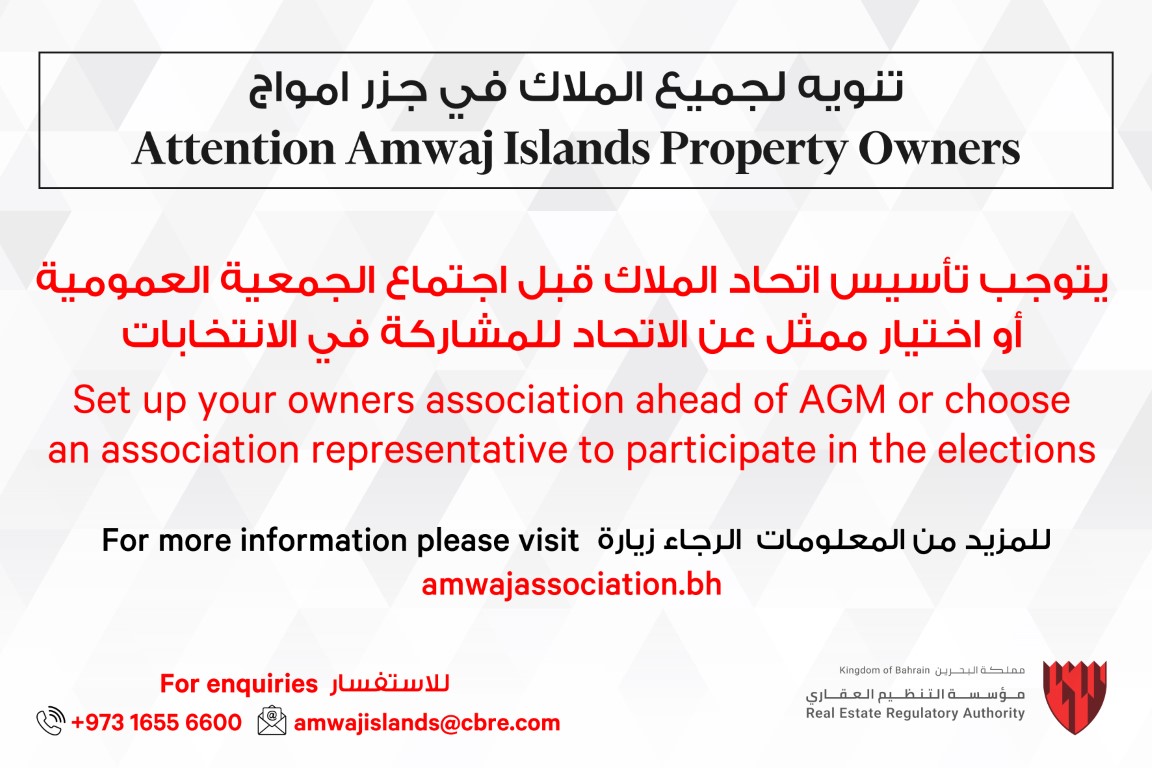 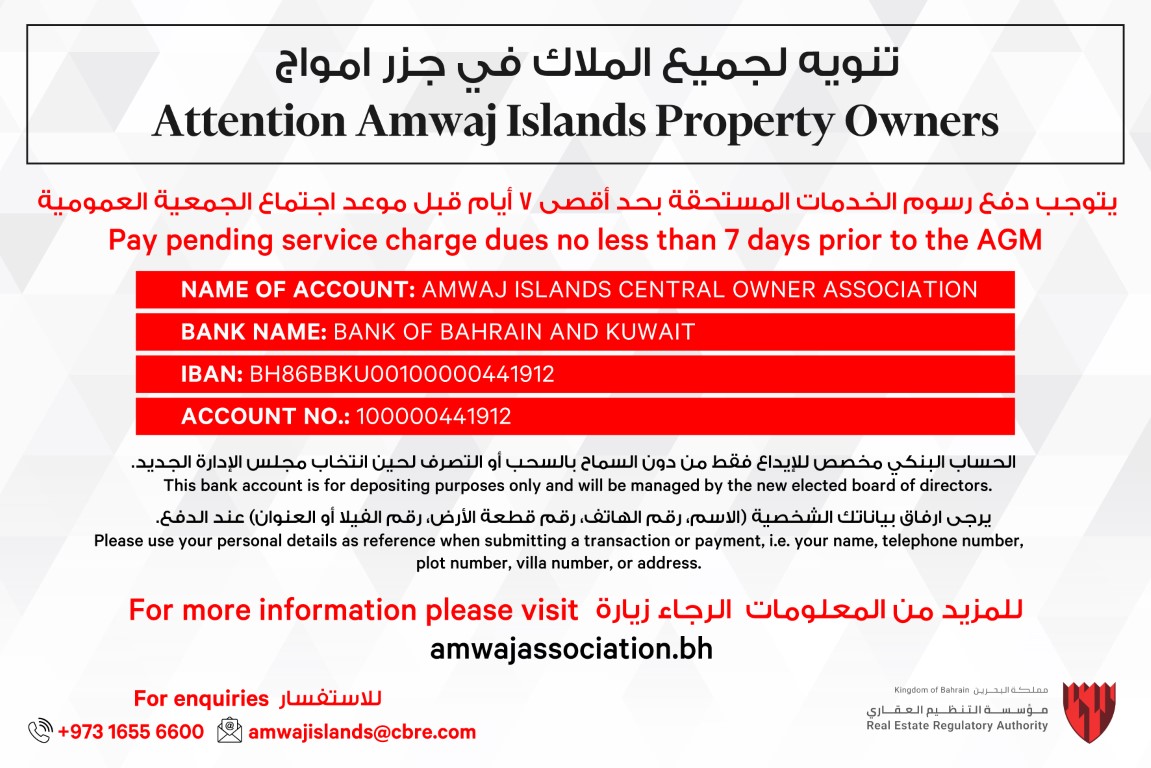 All property owners are required to settle their outstanding service charge dues no later than 7 days prior to the AGM 2022. Please make sure to use your personal details as reference when making a transaction such as name, plot number, telephone number, villa number and/or address. For further payment enquiries, please call/Whatsapp 16033137. 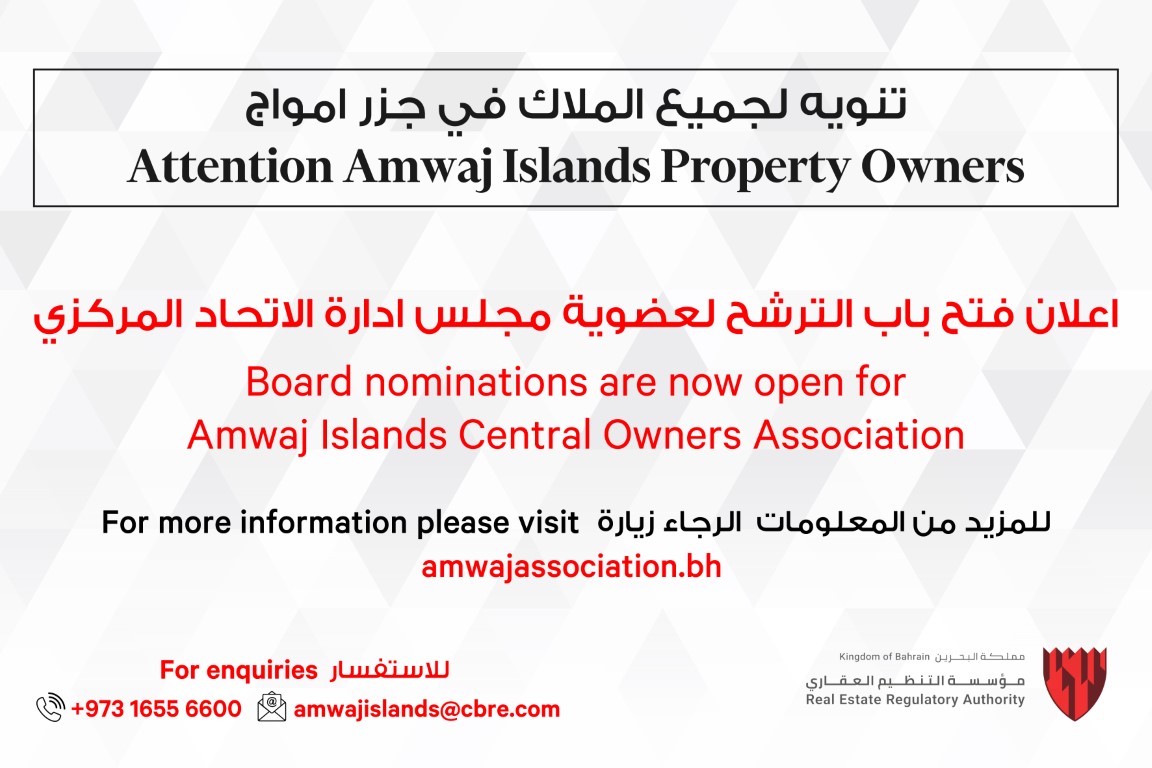 For more information on nominations, please see above contact details.

All information regarding AGM 2022 can be viewed and downloaded below.  Kindly note, all filled out forms should be submitted to: [email protected]