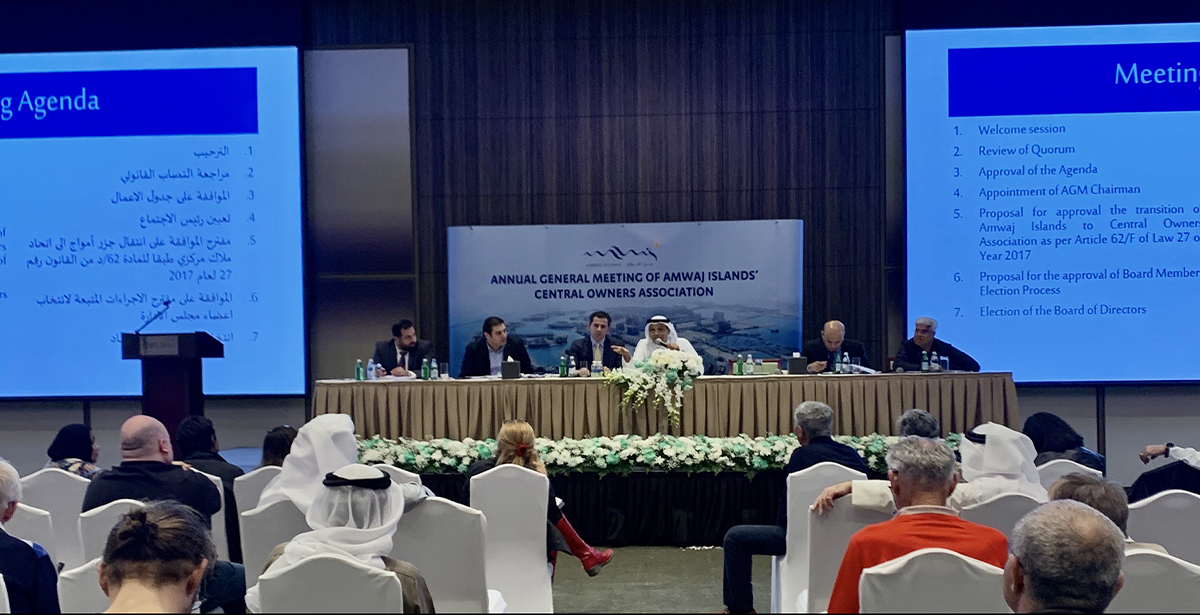 A large turnout of Amwaj Islands land, villa, and plot owners joined together, where a quorum of 54% was reached which enabled the meeting to commence.

The event was held at the Art Rotana, located in the prestigious Amwaj Islands, where the months of build-up between Amwaj Islands, its residents, and RERA, finally came to a close yesterday, and a Central Home Owners Association was formed with its new Board Members.

Mr. Jameel Almatrook, Managing Director of Ossis, the master developers of Amwaj Islands, chaired the meeting which lasted approximately four hours.  Mr. Almatrook said, “We are extremely happy with the turn-out and the engagement of the Owners.  We appreciate all the people who took the time out of their busy schedules to help make this happen, which will only help make Amwaj Islands a better community, which is what we strive for.”

This would be the first time in Bahrain that a Central Owners Association of this scale and magnitude forms.